Recently the X-ray interventional cardiologists of the Republican Heart Center performed another novelty procedure on the heart: the patent ductus arteriosis transcatheter ligation. This procedure is unique because it is performed under supervision of echocardiology and x-ray when the occluder is visualised without the contrast agent. Usually such procedures are performed using the contrast agent, but this was not the case. A citizen of Kigin region has problems with her kidneys and introduction of contrast agent could lead to serious complications.
Thanks to exemplary team work of the X-ray interventional cardiologists supervised by Igor Buzaev, PhD, the implantation of occluder was a success, which helped to avoid a range of serious complications. This will also improve the patient’s quality of life. She will not suffer from such symptoms as heavy breathing or weakness after the surgical intervention.
‘The whole world performs such procedures using the contrast agent. Our experts managed to visualise the vessels using ultrasound. No one has ever performed such procedures in Bashkortostan, no one, actually ever needed to. This procedure is unique in its nature. We found another way of implanting the occluder’, says Igor Buzayev, the interventional cardiologist. We express our gratitude to the valiant surgeons and the whole surgical team: Dr. A.R. Ismagilov, G.A. Khalikova and I.R. Yalaletdinova, the functional diagnostics doctors, A.B. Alshov, the anaesthesiologist, S.E. Vshivtseva, the scrub nurse, nurses N.V. Bublik and E.N. Bureyeva, D.M. Gindullina, the radiographer and Kabirova A.R., the nurse’s aid. 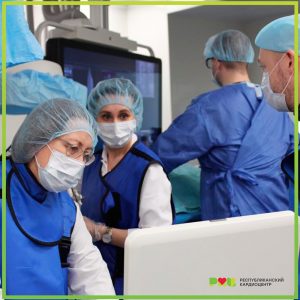 The Republican Heart Centre hosted the ‘Endovascular treatment of hypertrophic cardiomyopathy’ workshop. The workshop started with discussions on the interventional cardiology capabilities.
‘The modern endovascular technology for treating the cardiomyopathy has been used in Russian medical practices for the last decade. About 70 interventions of such type have been performed in Russia last year. And the heart center along with two other centers performed the most number of such procedures, says Irina Nikolayeva, the chief medical officer of the Republican Heart Centre.
‘The heart center has performed 20 interventions of such kind during the last three years. In comparison, only 4 centers in Russia have such technology. And ours is among them.’
‘The intervention is performed through a small puncture, without any large incisions. It is necessary because patients have an enlarged muscle on the heart’s outlet, which obstructs the outflow when contracting. The patient experiences troubled breathing, dizziness, and other uncomfortable symptoms. After applying the medication locally in hypertrophic region the node starts reducing its size’, Igor Buzaev commented on the procedure.
The operation was performed by the following team: Igor Buzaev, M.D. leading non-regular employee on x-ray endovascular diagnostics and treatment of Ministry of Healthcare of the Republic of Bashkortostan, head of a Heart Centre Department and team, Rinat Biktashev, Ildus Sagitov, Head of the Republican Heart Centre Department, and Azat Mukhametyanov, the intervention surgeons, Gilchachak Khalikova, Ph. D., Functional Diagnostics Doctor.
The Republican Heart Centre experts shared their experience with their colleagues from Neftekamsk and Duvan Regions.
The patient N. starts feeling better even during the procedure as shown by the pressure difference between the aorta and the left ventricle. It went from 90 millimeters down to 20.
Endovascular technology helps to reduce the recovery period, which significantly affects the quality of the patient’s life. Usually, the patient is free to go 1,5-2 hours after. However, the overall wellbeing of the patient can be assessed only in 1,5-2 months.
Evgeniy Zakirov, Head of the Department of the Mesyagutovo Central Republican Hospital, who participated in the workshop, expressed his gratitude to the workshop hosts for a chance to broaden his expertise.
‘We are in charge of the whole North-Eastern part of Bashkortostan. I learned a lot about this ailment and its selective treatment. I receive a lot of innovations, new treatment methods from my colleagues in the heart center. We remain in close contact with Igor Buzaev, discussing various heart pathologies. I can always count on him if I need any kind of assistance in the matter’, commented the doctor.
All in all, two patients of such kind were treated that day. 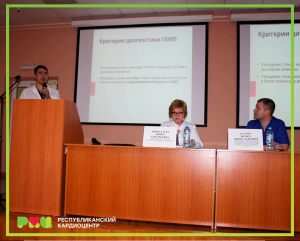 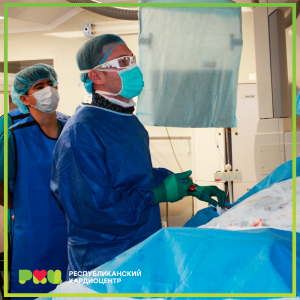 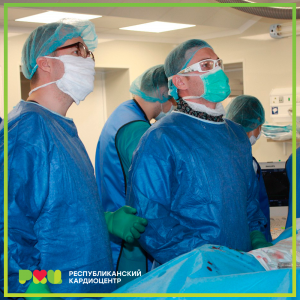 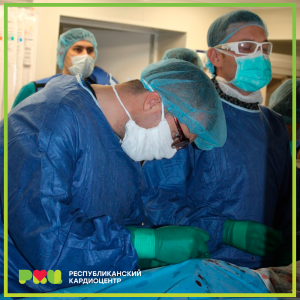 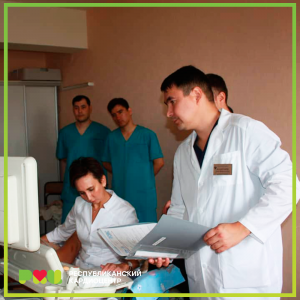 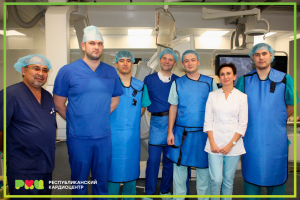 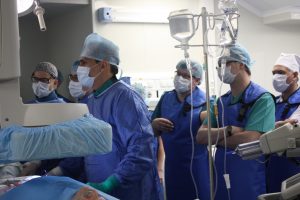 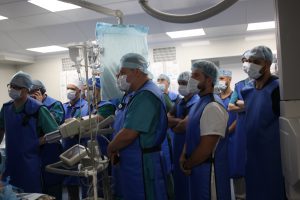 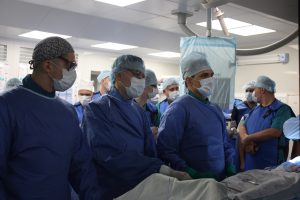 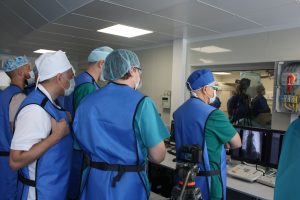 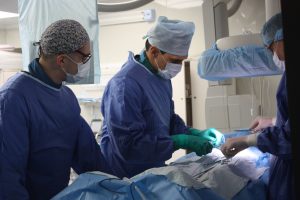 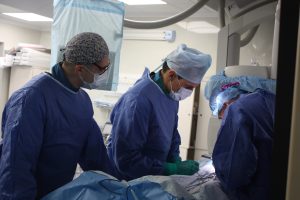 Construction of a new surgery facilitycommencedin the Republican Heart Center

On July 10, 2019 the Republican Heart Center held the official ceremony of laying a capsule into the foundation of the new surgery facility, which greenlit its construction.

The Republican Heart Center is a specialized medical office that treats patients with cardiovascular diseases. In the recent years the Center focused on introducing modern methods of diagnostics and treatment of illnesses, which also increased the amount of surgical procedures on heart and blood vessels. During the past 7 years the Center doubled the amount of surgeries performed within its walls, while the number of some types of treatment increased even more. More than 2000 patients are being treated within the Heart Center and up to 20 new intervention approaches are being introduced annually. However, new methods of work are also demanded. In 2013 planning and design of a new cardiosurgical facility commenced.

This idea was supported by the government of Republic of Bashkortostan and soon after the design procedures were finished, construction commenced on the territory of RCC. This construction is a part of Republican targeted investment program.

The surgical facilitywill be a nine-storey building with 10 surgery theatres, including a hybrid one, preserved rooms of emergency department and modern equipment. It will accommodate 135 patients. The overall area of the building will be 30000 square meters.

The new facility will decrease the amount of post-surgery complicationsand introduce new methods of surgical treatment, improve the stay of patients and personnel as well as increase the expectancy and quality of the patients’ lives. This will grant the Heart Center a dominant position among similar establishments of both Russia and foreign countries.

The construction of the new surgical facility is being financed by federal and regional budgets. The overall volume of investments for the construction andequipment procurement is more than 6 billion rubles. 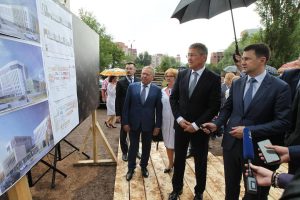 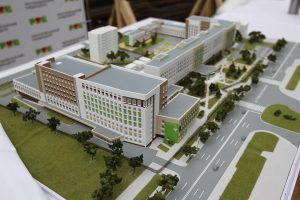 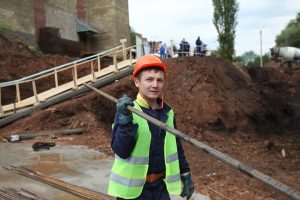 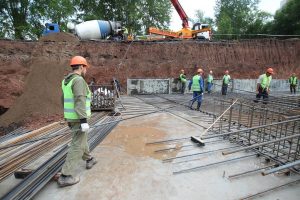 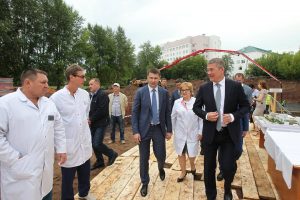